I'm excited to participate in a 30-day 'happening' called Station to Station, taking place at London's Barbican Centre. I'll be there on Sat 4th July, in experimental conversation with choreographer Charlie Morrissey - from 2pm-3pm.

Conceived by American artist Doug Aitken in 2013, Station to Station: A 30 Day Happening is living project exploring modern creativity.his summer, Station to Station comes to London for its one and only international stop, taking over the Barbican for a 30-day ‘happening’. A beacon for cross-disciplinary artistic production, the project draws together international artists from the world of contemporary art, music, dance and cinema to question 'what is the creative landscape in the 21st century'.

As part of the project, Siobhan Davies is joined by artist Jeremy Millar, neurologist Jonathan Cole and five dance artists Andrea Buckley, Charlie Morrissey, Efrosini Protopapa, Matthias Sperling and Sara Wookey to embark upon the making of a new co-authored work investigating what we feel when we are in the action of doing. From exploring the extraordinary complexity of a simple movement like standing up from a lying down position to uncovering how a gesture is the action of a thought, the residency looks at how we understand the physical nature of ourselves. In a world where thought is captured primarily through language the residency focuses on the experience and foundations of thinking in movement.

During the weeklong residency, the collaborators explore ways in which their individual practices co-exist to enliven and enrich the ideas of each other. Given access to the early stages of the creative process, audiences are invited to observe and intervene.

Drawing collaborators from the fields of visual arts, dance, architecture, neurophysiology and neuroscience, each day will feature a conversation from 2pm with an invited special guest from a different discipline, 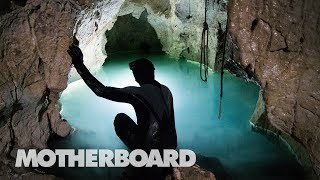